To begin this talk, I’d like you to imagine a time when the United States, one of the wealthiest and most powerful nations on earth, was not so much one nation as two. It was a deeply divided country economically and politically, with millions of families living in rural or urban poverty while the wealthy paid little or nothing in taxes and lived in the utmost luxury. In this time you’re imagining, workers were driven from their jobs by increasing mechanization and by anti-union and anti-strike actions that spilled over into violence. Lax regulations on manufacturing meant that industries could pollute air and water and that workers would receive little or no compensation for their injuries. Families lost their homes and were forced into poverty and onto the streets by the financial shenanigans of the corporations who bought off state and federal legislators to ensure that government regulations, such as they were, would never touch them.

In this imagined time, there was rampant prejudice against immigrants from the east, who were deemed suspicious because of their “foreign” religious practices and fears that these immigrants would owe allegiance to the head of their religion rather than to the United States. Unrest in their home countries also meant that many immigrants were branded as politically volatile and prone to violence and terrorist acts.

In addition to conflicts over religion and immigration, in this imagined America Anti-Semitism was common, expressed at the highest levels of society, and enforced through restrictive covenants in housing and quotas to limit the numbers of Jewish students who could attend private universities. Racism was on the rise, including incidents of violence, and state legislatures in the South devised restrictions that made it harder for African Americans to vote. Goaded by the media and by strong celebrity personalities who used emerging media to stir up and unify their followers, white nationalist parties, some previously dormant like the KKK, gained legitimacy and power, playing on fears that immigrants would steal their jobs and change the character of the nation.

And in this imagined America, the position of women was not equal to that of men: they were barred from many occupations, discouraged from pursuing higher education, made less money than men, had no legal access to birth control and abortion, and were subject to abduction and sexual slavery.

This imagined America may seem familiar, even contemporary, but the world I’m talking about is that of Edith Wharton (1862-1937).

PULLMAN, Wash. – Parallels between past- and present-day concerns – and how literature helps illuminate them – will be discussed by Washington State University English professor Donna M. Campbell in “Edith Wharton’s Two Americas” at 5:30 p.m. Tuesday, Feb. 21, in Goertzen 21.

The free, public presentation is cohosted by the Humanities Planning Group (HPG) and Honors College.

Author Wharton grew up wealthy about 100 years ago in the “Gilded Age,” said Campbell, one of three WSU humanities fellows for 2016-17. Wharton wrote about the “haves” and “have nots,” examining her characters’ responses to aspects of poverty, homelessness, racism, vote suppression and suspicion of immigrants.

“Understanding the times she wrote about, the history of the period and society shows how things were, how they got better or worse and that in many ways there are strong parallels with our own times,” Campbell said.

The presentation will have two parts: Campbell’s fellowship research project editing Wharton’s “The House of Mirth” (1905) for the 30-volume series, “The Complete Works of Edith Wharton” (Oxford University Press); and creation of “Digital Wharton,” an interactive exhibit for general readers.

Campbell researches and teaches American literature of the late 19th and early 20th centuries. She has published books and articles, including, “Bitter Tastes: Literary Naturalism and Early Cinema in American Women’s Writing” (University of Georgia Press, 2016).

Other WSU humanities fellows this year are Joseph Campbell and Patricia Glazebrook. They were selected by the HPG from submitted proposals. Each receives a $12,000 grant funded by the College of Arts and Sciences to promote research and encourage pursuit of external funding for humanities research. 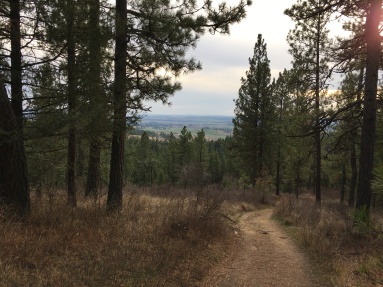 For the past couple of years, my days have been all about the book, all the time (at least all the time I wasn’t teaching, serving on committees, and so on).

It wasn’t just about the writing, which took a long time, but about the rewriting and revising, cutting, reshaping, fitting parts together in different configurations, trying out the ideas at conferences, and so on before you even turn it in to the publisher. Then there’s more fact-checking, copy-editing, permissions, reading proofs, and so on.

Now that Bitter Tastes is out,  though, I’m working on updating the American lit site again in the spare corners of the day.  A few of the bibliographies have been updated already and put into the new MLA 8th edition style, and a few pages have been cleaned up. I say “cleaned up” instead of updated, because although dead links have been removed, there are amazing resources still to add.

Remember those little “Under Construction” signs that people used to have on web sites, like the Dunder Mifflin one Jim joked about in The Office, the one that showed “Coming in Christmas 2002” in 2007?  I like the Stevens Point picture above better, but you get the idea.

Maybe this happens to you: you’re taking a break and looking at Twitter, and you see a tweet about a Call for Papers or an interesting history post. So you click on the link, and you get the screen above.

Are these public posts? No, they’re private ones, behind the wall of Facebook. Just because Facebook is widely used (yes, I have an account, too) doesn’t mean it’s an open source for information.

Sure, you could log in,  if you don’t care about having your interests and clicks and data measured, which I don’t especially on FB.  That’s the Mephistophelian bargain you make when you sign up for Facebook; as the old saying goes, if you’re not paying for the product on the internet, you ARE the product.

It’s one thing when the Association for Cat Necklace Distributors or some such thing wants to keep its organization behind the Facebook wall.

So if you see me retweeting, with an open link, the closed information and calls for papers that pass through my Twitter feed, that’s why.