I’ve been VP of Publications for the Society for the Study of American Women Writers since the summer of 2008, when Karen Kilcup told me about the new position and tapped me to serve.  This summer, as of July 31, 2016,  I’m leaving the position in the capable hands of Leslie Allison as the new officers take over under the excellent guidance of our new president, DoVeanna Fulton. (Please read her President’s Message in the new issue of the newsletter; it’s full of great ideas.)

Except for the author society web pages and my 8-year stint as Regional Chapters Chair for the ASA, this is the longest-serving professional office I’ve had.  In the summer of 2008, I built the web site based on the originals from Dawn Keetley and Karen Kilcup and created a logo (above) similar to the original one.

In 2013, I moved the site to WordPress. Instead of a static repository, the site became more nimble and informational in nature as it pushed messages out to Twitter and Facebook; also, the news site is more collaborative, so that more of us could share in the posting. I chose the most minimal (and free) WordPress theme available to minimize the load time on mobile phones and modified it to suit our SSAWW needs.

So, for those playing along at home,  here are some numbers:

I’ll be drawing back gradually as Leslie takes over and, I hope, that’ll give me more time to post to this neglected professional blog.  Thanks, SSAWW!

I recently reorganized the Awards pages and added to  the Wharton Society site at http://www.edithwhartonsociety.org

The awards CFP has just come out, so do take a look.

Recent Tables of Contents for the Edith Wharton Review

The WSU server is down due to a flooded room. This affects all the American author sites, the timeline sites, and so on, but the author society WordPress sites are still up (of course).

The Stephen Crane Society site has been moved to http://stephencranesociety.wordpress.com, and it now has a Twitter feed, @StephenCraneSoc. This will make searching the site’s content easier and will also help with disseminating information about updates, calls for papers, news about Crane, and so on.

As with the Howells and Wharton Society sites, some of the texts remain on university servers, but most of the content has moved, including the Queries.

If you haven’t checked out the Queries, the contents may surprise you. From 2000-2010, noted Crane scholar Stanley Wertheim answered many of the questions, and there is a wealth of information in those questions and answers. 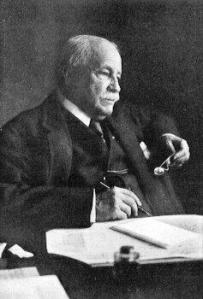 The William Dean Howells Society welcomes submissions for two panels at the 2014 American Literature Association conference in Washington D.C. on May 22 – 25.

We are seeking panelists for a potential roundtable on teaching the works of William Dean Howells. We hope to introduce new voices and techniques to the discussion of his most popular works, The Rise of Silas Lapham and A Hazard of New Fortunes, while also considering fresh strategies for the inclusion of Howells in American literature or American studies courses. We are especially interested in accounts of the teaching of his lesser-known works. Other areas may include Howells in his cultural context, from marriage to real estate to anti-imperialism; Howells and American literary realism; Howells and ethics; Howells as editor; or Howells and literary criticism, including critical race studies, cultural Marxism, queer theory, etc.

We are looking for insightful, original papers that address any aspect of Howells’s work.

Please submit your 200-250 word abstract and a current CV (or any questions) to Dan Mrozowski at Daniel.mrozowski@trincoll.edu by January 31, 2014

The new site for Legacy: A Journal of American Women Writers is now available at http://legacywomenwriters.org. Some features are still in progress, like the Gallery of Women Writers, but there’s plenty of other information, including submissions information, abstracts, and tables of contents for current and forthcoming Legacy issues.

The current Stephen Crane bibliography and the new Call for Papers for Stephen Crane panels at ALA are now up at the Crane Society site: http://www.wsu.edu/~campbelld/crane/index.html.

Updates to the SSAWW site, including more information on awards and a list of Affiliates’ web site links on each page. Because not all Affiliates have web sites, please consult the full list at http://ssawwnew.wordpress.com/membership/affiliates/ for full contact information. Also, Grants is now its own category.