The new issue of Studies in American Naturalism is available at  http://muse.jhu.edu/issue/36848.  In addition to fine articles, it includes Linda Kornasky’s fine review of Bitter Tastes: Literary Naturalism and Early Cinema in American Women’s Writing (thanks, Linda!) and my review of Anne Boyd Rioux’s Constance Fenimore Woolson: Portrait of a Lady Novelist.  There’s also a great review by Sheila Liming of Meredith Goldsmith and Emily Orlando’s Edith Wharton and Cosmopolitanism (for which I wrote the Foreword).

I don’t think SAN would mind if I posted a few samples from a couple of them:

Donna Campbell’s substantial new study introduces a unique perspective on American women writers of literary naturalism. Campbell proposes that “placing women’s naturalism at the center rather than the periphery of the [naturalist] movement reveals an ‘unruly’ counterpart to the rules of classic naturalism” by Frank Norris, Theodore Dreiser, etc., which, she contends, “expresses an interest less in philosophical consistency in its treatment of determinism than in the complex, sometimes uneven workings of social forces that operate on female characters constrained with the extra complications of women’s biological and social functioning” (4). This alternative, re-orienting perspective suggests, nonetheless, that new attention should be paid not only to “unruly” naturalism written by women often overlooked in naturalism studies, but also to texts written by men usually not included there. Moreover, Campbell brings turn-of-the-century and early twentieth-century film into her study, paralleling naturalism and early film’s emphasis on visual “authenticity” (11).

Anne Boyd Rioux opens her excellent new biography of Constance Fenimore Woolson with two indelible images that are the sum total of what most readers know about the author: in the first, “a woman jumps from the third-story window of her Venetian palazzo”; in the second, weeks later, a distraught Henry James sits in a boat in the middle of a Venetian lagoon, trying helplessly to submerge both the dresses and the record of their friendship, but the dresses “billow up like black balloons” (xiii). Unlike the dresses, Woolson’s critical reputation has been less than buoyant in the century since her death, although an edition of her complete letters (Complete [End Page 88] Letters of Constance Fenimore Woolson, 2012), numerous book-length critical studies and articles employing feminist approaches, and Rioux’s new collection of Woolson’s stories should do much to restore her reputation.

Rioux’s carefully chosen title, Constance Fenimore Woolson: Portrait of a Lady Novelist, signals this revival and Woolson’s struggle for acceptance, for it echoes James’s Portrait of a Lady, the work of an author whose reputation has shaded if not entirely effaced Woolson’s own in literary history. “Lady,” too, is particularly apposite, for Rioux’s running theme is what the literary world might have made of Woolson had they treated her as simply a “novelist” without the diminishing modifier “lady.” The book is thus a twofold portrait, not only of Woolson but of the literary world of high-culture magazines and publishers in which she found success but struggled to create a kind of writing that relied neither on the prosaic lack of idealism, as she saw it, in Howellsian realism, or the bloodless analytics of Jamesian psychology. 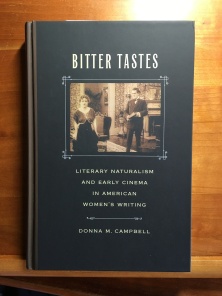 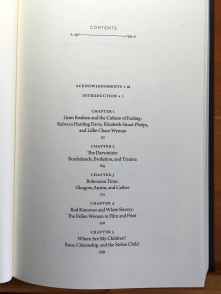 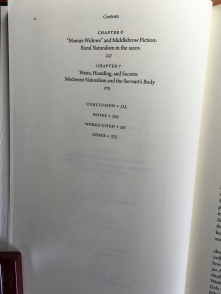 My book Bitter Tastes: Literary Naturalism and Early Cinema in American Women’s Writing is now available from the University of Georgia Press.

You’ve already seen the list of women writers it covers, so here’s the Table of Contents.

The Darwinists: Borderlands, Evolution, and Trauma

Red Kimonos and White Slavery: The Fallen Woman in Film and print

Where Are My Children? Race, Citizenship, and the Stolen Child

“Manure Widows” and Middlebrow Fiction: Rural Naturalism in the 1920s

Waste, Hoarding, and Secrets: Modernist Naturalism and the Servant’s Body

At the press site: http://www.ugapress.org/index.php/books/index/bitter_tastes 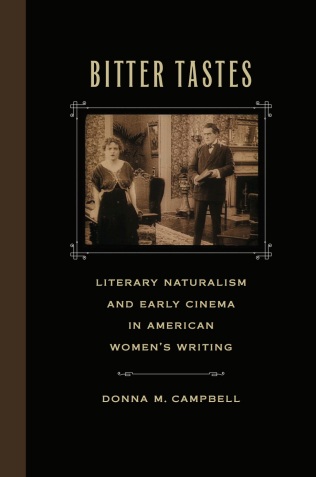 Bitter Tastes: Literary Naturalism and Early Cinema in American Women’s Writing will be out from the University of Georgia Press in September 2016.

Here’s a brief review from the University of Georgia catalog:

“No work that I know of explores in such detail and within the context of a shared literary/aesthetic tradition the incredible number of women writers Campbell’s study covers and, at times, uncovers, resurrecting writers once considered important but then shunted aside by ideologically prescribed recanonizations. The book is important, then, not only for uncovering an extended line of women writers who constitute a tradition but for modeling the type of cultural study, grounded in an appreciation of all forms of American artistic expression, that is inclusive and therefore representative of American literary production.” (Mary E. Papke editor of Twisted from the Ordinary: Essays on American Literary Naturalism)

Three more of my essays are available at the WSU Research Exchange at https://research.wsulibs.wsu.edu/xmlui/handle/2376/5613, below.

Ideally, MLA Commons would be able to accept links to institutional repositories, and–hooray!–they’re working on it (see above). 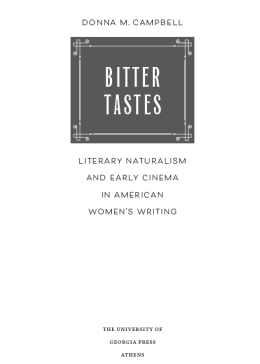 Starting to work on proofreading for Bitter Tastes: Literary Naturalism and Early Film in American Women’s Writing, forthcoming from University of Georgia Press in September.

I’ve removed the few uploaded articles I had at Academia.edu, in part because of its attempts to monetize content.   Like Google apps, which changes features all the time (remember the Google equivalent of Bloglines?), Academia.edu is going in a direction that doesn’t look trustworthy because, as Timothy Burke suggests, sooner or later it’s going to start charging authors for content posting.

The Academia.edu excuse of “well, it’ll be like paying to publish in an open access journal” is a complete nonstarter for several reasons. First, paying to publish in the humanities, where we don’t have the STEM community’s access to grants in the seven figures (or, let’s be honest, the four-figure range), is something that most of us not only won’t but can’t consider. Second, we have a well-established and entirely rational distrust of organizations (looking at you, Yelp) that allow paid sponsorship to trump authentic ratings, as this new Academia.edu model would. Third, why would you need Academia.edu with the ability to put, publicize, or find your work in other places?

Did I delete the Academia.edu account? Why bother? The links all now lead elsewhere (Research Exchange). But now it’s just one other place to identify work, and it’s no longer primus inter pares.

Many of my articles are now online (for free) at the WSU Research Exchange site:

Thanks, Talea Anderson, for making this possible! 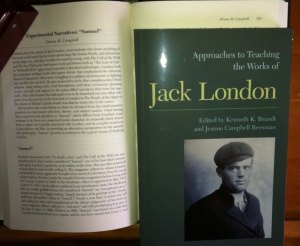 I saw an earlier ad with a different cover (here). That one has the traditional dog sled associated so much with London’s Klondike adventures.  I’m glad they chose this picture instead, for unless I’m mistaken, this is the picture of London dressed for going undercover in the slums of London for his book The People of the Abyss. It’s this other London–the rancher, journalist, socialist, etc.–that people need to know better.

The Amazon page didn’t have a table of contents, and I couldn’t find it on the MLA site,  so here’s a picture of the ToC: 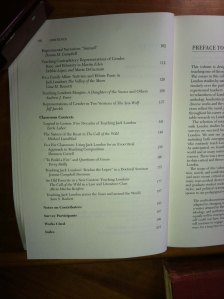 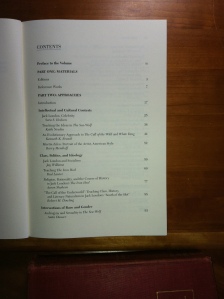 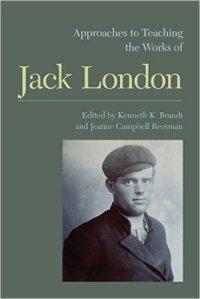 The new MLA volume Approaches to Teaching the Works of Jack London, edited by Kenneth Brandt and Jeanne Campbell Reesman, should be available soon; Amazon.com lists the publication date as August 1.  http://www.amazon.com/Approaches-Teaching-Works-London-Literature/dp/1603291431

I have an essay on teaching “Samuel” as regional literature in the volume and will update with a full table of contents later.

My new book manuscript, “Bitter Tastes: Naturalism, Early Film, and American Women’s Writing” has been accepted by the Editorial Board and will be published by the University of Georgia Press.